Is racism any different from tribalism? 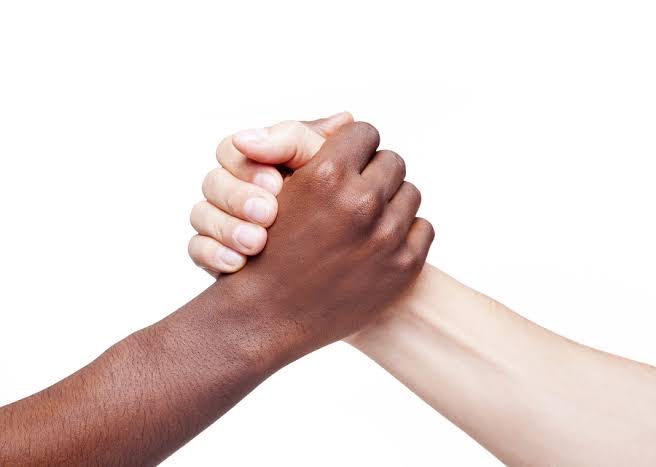 Many people refuse to migrate from our country because of various reasons.  One of them is because of the subject of racism and how well-practiced it is all over the world.

Racism itself is a very downgrading concept that basically has no positivity to it. To the oppressors, what is a sinister, maniacal laugh going to do to help their sadness? I wouldn’t know. Never been a racist. To the oppressed? A lot of things, varying from self-doubt to hate. It is a little too demeaning to even be in existence.

Racism is not exactly the main topic of this article. Are there any differences between tribalism and racism? Nigerians are very quick to speak up when the subject of racism is brought up because it has been in existence for a very long time.

We are quick to express our hurt and anger towards the oppressors. We feel anger on behalf of our fore fathers who experienced racism first hand.

But I wonder who sold them out? I don’t know about everyone but in the pictures I’ve seen, I see black people being beaten by black people. Yes, there’s the white man standing gallant while watching them get hit. But who’s holding the whip?

Although tribalism’s original meaning has no negative connotation in it, like everything else, it has changed over time. Now, tribes in Nigeria are known to be good or bad or anything of that sort.

I’d be damned if a person says they’ve never heard a statement like “Yoruba people are backstabbing people”. A better one is “Igbo people can sell anyone off for money”. Another one? “Calabar women are very wayward “.

There are numerous, ridiculous things you’ll hear about different tribes. Although they may not be true, there’s always that discrimination. From attacking people who do not understand their language to forbidding their children from marrying people from certain tribes. How then is racism any different from tribalism?

For reasons that may or may not be true. People don’t get opportunities because of their tribes and so, they get replaced with people that may not be as competent as they are. And we complain about racism? What makes us any different?

When should we get married?