Five Things to Consider when buying a new phone 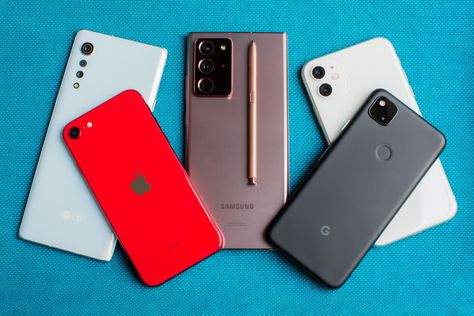 So you’re trying to get a new phone right? Everyone needs a smartphone these days. The mobile phone has evolved from its primary duty of making/receiving calls and sending/receiving texts to more sophisticated functions. It’s simply that device which makes you lose touch with the physical world and turns you into a gossip seeker and in more severe cases a couch potato.

The smartphone has become a must-have for all 21st-century dwellers and depending on the type of work you do, you certainly need some good advice when you go out to the tech market to avoid being scammed by some money-hungry electronics retailer in Computer Village. Here are a few tips noted down for you to consider next time you go into the market to purchase a smartphone.

There’s one thing we know for sure and that is Nigerians are clout chasers. Whether it’s from the POS guy at the corner of the street to the Yahoo dude who recently cashed out, everyone always wants to prove they are big. However, in the quest to be “big” lots of people make ridiculously wrong choices.

The iPhone is certainly the go-to gadget for clout chasers and those seeking attention. There is always that evil glance to an iPhone user mimicking jealousy thrown whenever that trademark camera is spotted on one’s device. However, it would be ridiculous that some misinformed clout chasers in their ambition to join the ” iPhone geng” make ridiculous choices.

In a recent survey we carried out, we asked each person their preferred phone between the iPhone 8 and a Samsung S22 ultra. Just as we guessed a good number selected the iPhone 8 over a recently released Samsung phone. This all boils down to misinformation and the thought that any apple phone surpasses any android brand because someone conversant with the tech market will obviously know the difference in the quality and worth of the two phones.

Even if you are among the “pepper dem gang” and you want to show them haters that you’ve made that money,  make sure that you get yourself a high-grade apple smartphone or rather ‘jejely‘ sit with your Android, because in truth whatever bad ratings Android phones get, they are still very good devices depending on the specs you look out for.

This segment is for office guys and tech geezers generally. If the sort of work you do is mainly manual and doesn’t involve a severe online presence you might as well just settle for a cheaper low performing device which will serve you well for social media and as a good recreational device. A good Techno or Infinix phone would suffice and be the perfect choice for you.

However, if your job is computer oriented and you do a fair bit of programming and other heavy tasks, you would certainly be on the lookout for a much more high-performance device with good battery life. Even if you are on a tight budget, a high-grade apple/ Samsung device isn’t too much to go for. If you can’t afford these, the latest versions of other android brands such as Redmi or Oppo or even the Google Pixel are capable of carrying out similarly arduous tasks and could suffice.

We’ll just get straight to the point here. If you are part of the influencing or modelling group of people and you are looking for more publicity, just buy yourself that latest iPhone because even apart from the camera quality, the sight of that trademarked apple camera on your device when you take them mirror selfies will make people rush to your page. Moreover, in this generation of ‘vawulence’ we don’t want people to cast you for using ridiculous smartphone brands like Itel.

You know that reaction whenever someone comes down from a Danfo bus and can’t feel his or her phone. There’s nothing more painful than losing a phone especially when you probably haven’t even completed the payment for the device. If you are a concrete trenches lad and you know they are many hungry people in your area biko don’t go around flexing that iPhone of yours. If they rush you and steal the phone, you will have only yourself and your village people to blame. Moreover, how are you using an iPhone 14 and jumping on a bus? I don’t know why you would be jumping a bus with a phone that costs as much as a car. If they steal your iPhone 14 inside Danfo, I won’t offer any sympathy, I’ll just look at you and scream ntoooo!!!

And the most important factor is money. If you’ve been reading through this article and you are broke, I believe this is where your journey ends because how can you buy a phone without money?

The good news is that most smartphone dealers now allow payment in instalments but our plea would still be to take something that you can afford and won’t put you in bad debt. Additionally, make sure you have a steady cash flow into your account if you are to adopt such a payment option.

Our advice is that after considering all the other factors, select a phone that suits your pocket because no matter what field you are in or your lifestyle, you will still find a phone you can afford.

Tips on Attaining your Financial Goals.