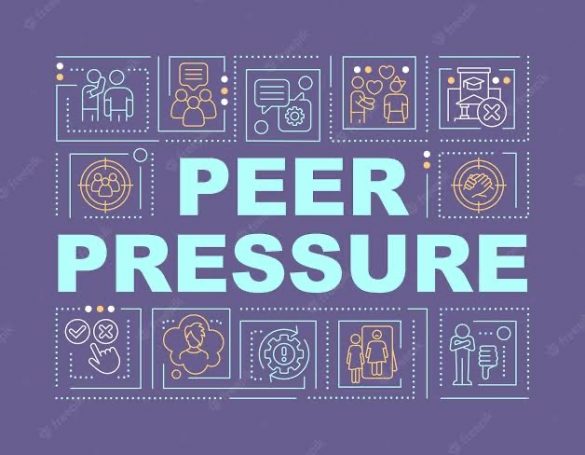 Positive or negative, peer pressure refers to the way you feel or act, regarding people close to your age, younger or older. This is usually a big topic in schools as they never fail to teach students all about peer pressure and how we can be influenced by it.

Thinking about it now, I used to think this was only ever related to children and teens. But as I grew older, I realized what the real pressure is. They teach the basics and you think you’ve understood it but then adulthood will show you what it really means to be pressured by your peers.

A number of us are familiar with the LinkedIn app, aren’t we? It’s an application to help you find jobs and connect with job opportunities. On LinkedIn, you read about a lot of people, their opportunities and their successes. A few of them talk about their failures only when relating them to the success that came after that.

So, if you’re having a bad day, and thinking about your life, avoid LinkedIn 😂. I used to go there and say “it doesn’t matter, your success story could be there one day”. But that was all it was. I realized I wasn’t doing myself a lot of good because I thought “how can everyone on LinkedIn be successful?”

Now, that is my own very candid idea of peer pressure. It doesn’t have to be the same for you. It’s alright if you think of it as normal but it’s also alright to think of it like this. What isn’t relative, anymore?

So, what now is the actual ideal way to survive peer pressure? Just being content with what you’ve achieved is a great step, for one. I don’t think being ambitious should stop you from being content, should it?

You have ideas on how to deal with peer influence? Share some with me, thank you.

How to Enhance Your Immune System.

How To Build a Productive Morning Routine