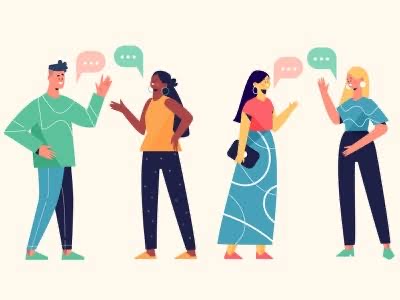 It is not new knowledge that people will always talk about, is it? If it is to you, then well done, you have grown up in a very positive environment or you were just lucky. If you are the type of person that is easily swayed by what people say, isn’t that exhausting, though? You have not yet realized? People will always have opinions.

If you live with the notion that people can be satisfied, then you are in for a very long thing. Why? Because people can’t even satisfy themselves. But no one is ready to talk about this glaring truth yet. Why? Because it is a discussion that never ends. But me? I like Wahala, so I’ll talk about it. Someone has to.

You see, if you would like a perfect example, try going to one of the very popular blogs and checking their posts. Underneath, you would find the comments section. That place is a whole “Netflix” on its own. You would find very controversial topics in there and you’d be shocked when you read people’s opinions.

“it’s just social media, anyone can write anything there. It doesn’t have to hold meaning”.

Let me stop you and enlighten you. They do actually think like what they write. Ever heard of the saying “even jokes hold an amount of truth”?

Supporting my previous notion that there is no way we can totally please people, I’ll give an example. A few months ago, I watched a video in which someone lost his life. His name was stated, something related to “I see death”. He was killed in the most brutal way I have ever imagined but can you guess what the comments under that post were?

You got it right. “Ah, this one no see the death o”. “He has probably done it to someone else so it’s his turn” and so many unnecessary comments. Take me back to the time we respected the dead.

The Trick to Learning how to play an Instrument.