How to deal with regret or guilt 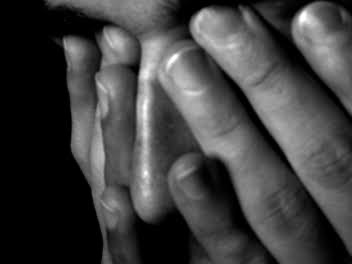 Regret or guilt and how to deal with either of the two or both are such vast subjects. They are powerful emotions that eat us away, without a doubt.  That’s because every person deals with things differently. So a person’s guilt or regret should not be compared to another person’s. No matter how easy it looks like someone worked their way through it.

Since they both are common things to feel and experience, people just live through It without necessarily dealing or getting rid of it. It could go on for years and until death too. Should we then see regret and guilt as normal things? Yes, we should. Are there ways to manage guilt and regret? Definitely.

After wrongdoing, you can start healing the harm with sincere apologies.
By expressing regret and remorse to the person who was hurt, you may also let them know how you intend to prevent a repeat of the incident.
Since apologies don’t always restore shattered trust, you might not get forgiveness right away or ever.
However, sincere apologizing still aids in the healing process as it allows you to communicate your feelings and accept responsibility for your actions.
Everyone makes mistakes now and again; it doesn’t make you a bad person.

While feeling guilty might lead to some pretty harsh self-criticism, telling yourself how horribly you screwed up won’t make things better.

Although there may be some outward repercussions, self-punishment frequently has the greatest emotional impact.

Your feelings should be considered too. So beating yourself up about it will only make it worse and then you’d proceed to begin self-hating.

Self-compassion includes self-forgiveness as a vital element. By forgiving yourself, you do what every other person does: you admit your error.
As a result, you won’t let that error define you as you move forward. By accepting your imperfections, you show yourself love and kindness.
How do you deal with these two? Let us know in the comment section.
communicationemotional intelligencehuman developmentinterpersonal skillslifestyle improvementOpinionpersonal improvement
Share 0 FacebookTwitterPinterestEmail

Long Distance Relationship- A Scam or A big Scam?