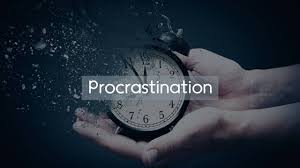 As well-known as procrastination is, it is a very well overlooked concept, which affects our everyday life negatively than we think. Everyone can totally relate when it comes to procrastination, can’t we all? What’s a perfect example of this our almost favorite thing to do? You suddenly remember that one thing you said you’d do but you eventually just say “it’s alright, I’ll just do it later, there’s still time”.

Some of us have so much utilized this “skill” that we can procrastinate numerous things at a go. It’s a little funny when you think about it. Because eventually you’d have to meet up to your schedule and realize that you can “multitask” incredibly well. After that, you’re dead exhausted and begin to think “Man, I have worked so much today, I need a treat”. I mean you do need it but then again, deep down in your beautiful heart, do you? That tiny feeling of regret or “questioning” is what makes procrastination a little bothersome. However, is it really “a little”? 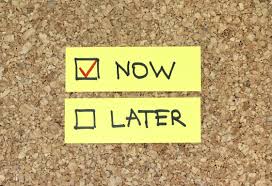 Procrastination might work well enough for people other than you. Then, you begin to think if you’re doing something wrong. The truth is we are all actually doing it wrong by even procrastinating. But, since we’re going to do it anyway because we will eventually meet our schedules, this write-up will give you tips on how you can manage/ overcome procrastination. Subconsciously, many individuals have a lot of regrets due to skipping decisions they should have made as a result of procrastination. We don’t make decisions because we’re sure they’d result into something splendid, we make them to understand that we tried them and we know and are sure that they worked or they didn’t. The feeling of uncertainty works alongside regrets and those are the key effects of procrastination.

Mentally, procrastination results to stress, guilt, anxiety; top of the list is self-doubt. What can be more damning than doubting oneself? Managing or overcoming this action is not a quick thing and as such, we should avoid focusing so much on stopping it as that itself could lead to stress. Instead, taking your time works much better and we’re here to help you do that.