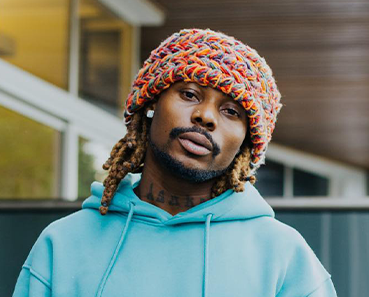 Music lovers in Nigeria have been having a good time this September with various new songs and album releases from their favorite artistes. The diversity in the afro genre just makes it all the more exciting to feast on the new music releases, you never know what to expect. The artistes are evidently expressing their creativity and experimenting on new sounds

On number ten is the new single from Asake. “Dupe” is a single extracted from his debut album “Mr Money with the Vibe” and is of course definitely a vibe. The songs just basically communicates gratitude and encourages it

“Bad to Me” is the newest single from the biggest bird, Wizkid. The song is in sync with the wave of the Amapiano sound and of course already people’s favorite.

Also conned from his debut album, Asake’s single “Ototo” just like the other singles on the album EP has gone on to plant itself in hearts already and is already a top pick.

“Peace be unto you” , a content of his “Ololade” EP and a very widely loved songs comes in at number 9. Most people would argue that this single was one of the hands responsible for pushing Asake into the lime light in the music industry.

“Nzaza” also from the MMWTV album is an inspirational track. In this song Asake tells a story, his story, how he scaled up in life through the challenges and how he overcame them. The song is truly a masterpiece.

This song also lifted from the MMWTV album is a definite party starter and is sure to get that positive vibe going anywhere it is played.

“Terminator” is a unique track on its own. Asake made sure to keep fans on their toes with the snippet before releasing the song few weeks later and it was definitely worth the wait

Arya Starr’s latest single “Rush” produced by Don Jazzy, her record label owner (Mavins record). With the catchy lyrics catchy beat and amazing vocals, what is not to love about it?

Asake definitely took his time to organize this single. Also one of the tracks on his debut album, the song itself also debuted on number 2 on Apple music charts upon its release.

Already a street anthem, it’s not hard to find “Joha” blasting out of a barbers shop speaker in the neighborhood or your regular convenience store. The song debuted at number one on Apple music.  One of Asake’s greatest works so far.

So, there you have it. All songs are available across every streaming platform. Feel free to get in the mood with any of them. Afrobeats is definitely taking over.

WHY YOU SHOULDN’T THROW AWAY YOUR WATERMELON SEEDS