What’s your idea of success? 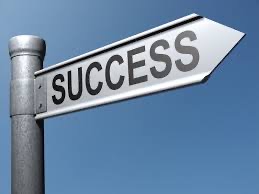 Having a successful life is something everyone dreams off. When we were much younger, we thought we had our future ambition all sorted out. Boy, were some of us wrong.

Today, I had a task that was so hard, I wasn’t sure I could do it. But then, since no one was going to help me do it, I did what I could. Eventually, I succeeded. It was such a big deal, it still is. To me, that’s my success.

Isn’t success then relative?  One person’s success may mean absolutely nothing to someone else. It could also mean a huge thing to another party.

Because we have different definitions or ideas of success doesn’t mean anyone is ridiculous. I also think success is impacting people positively. That’s not ridiculous. It means as much as another person’s.

Because success stories ring up all the time, it is easy to start comparing yourself to others. And having thoughts like « what have I done in life? I haven’t achieved so much, compared to this guy ».

Greatness or success shouldn’t be classified as you being famous or well-known. I think finding your own definition of success makes life easier. Don’t you think?

HOW TO MAKE YOUR OWN ENVELOPE