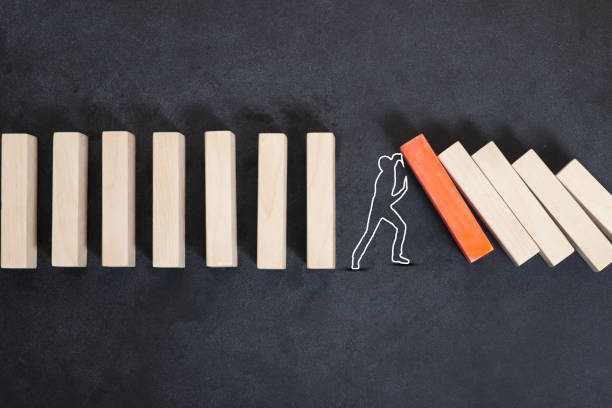 It’s the time of year when everyone’s getting ready to make their resolutions. You’re probably thinking about all the things you’re going to change in the new year. Well, hold on a second. Maybe you should stop making New Year’s resolutions altogether.

There are a lot of reasons why you should ditch your resolutions and just live your life the way you want to. For one, research shows that only 8% of people who make resolutions actually keep them. That’s not very good odds.

Second, making resolutions is a lot of work. It’s hard to stick to them when you’re constantly fighting against your own urges and habits. And finally, resolutions often set you up for disappointment. You’re never going to be able to change everything about yourself in such a short amount of time.

So if you’re thinking about making resolutions this year, think again. It might be time to abandon them altogether and just live your life the way you want to.

What Are New Year’s Resolutions?

New Year’s resolutions are the things you tell yourself you’re going to do differently in the new year. But, according to science, you’re actually less likely to achieve your goals if you state them publicly.

In fact, only 8% of people who make resolutions achieve their goals. So why not try something else this year? How about we just not do anything differently at all?

We can all relate to the feeling of starting off the new year with a sense of optimism and possibility. But that wears off quickly when we realize that we still have to go to work and our relationships are still dysfunctional. So let’s all agree not to do anything different this year and see how it goes.

You might be wondering why you should stop making New Year’s resolutions. Isn’t it a tradition? A time to reflect on the year past and set goals for the year ahead?

It is true that many people view New Year’s resolutions as a time-honoured tradition. But have you ever stopped to ask yourself why you make these resolutions in the first place? In all likelihood, it’s because you want to be happier, healthier, and wealthier. But unfortunately, these are not things that can be resolved in a single day or week.

So why not make smaller goals that you can actually achieve, instead of setting yourself up for disappointment? Why not try focusing on one resolution at a time instead of trying to do too many things at once?

What Are the Benefits of Not Making New Year’s Resolutions?

You should stop making New Year’s resolutions because they’re actually terrible for your health.

Studies have shown that people who make New Year’s resolutions are more likely to feel overwhelmed, anxious, and stressed. In fact, they’re so bad for you that they can actually lead to weight gain and depression.

So why are they so popular if they’re such a terrible idea? The answer is simple: people like to set goals. But rather than setting goals at the beginning of the year, why not set them at any time during the year? That way, you can actually achieve them.

How Can You Still Improve Yourself Without Making New Year’s Resolutions?

Ringing in the New Year, you excitedly make a list of all the changes you’re going to make to improve your life. You’re going to hit the gym, start eating healthy, get organized, and finally become the best version of yourself. But by February, all of your good intentions have fizzled out and you’re right back where you started. Sound familiar?

If you’ve been making New Year’s resolutions for years and they haven’t worked, it might be time to try something different. Here are a few suggestions:

What Are Some Alternative Things You Can Do Instead of Making New Year’s Resolutions?

We get it: you’re tired of making the same resolutions year after year and never keeping them. But rather than giving up on resolutions altogether, why not try some different tactics this year? Here are a few alternatives to consider:

So you’ve decided that this is the year you’re finally going to change your bad habits and become the best version of yourself. Well, we hate to break it to you, but you’re doing it all wrong.

There’s no need to wait until the start of a new year to make changes in your life – in fact, it’s often better to start small and work your way up. Making resolutions is a surefire way to set yourself up for disappointment, and it’s much more likely that you’ll give up on them if they’re too difficult to maintain.

Why not try setting goals instead? This way, you can tailor your resolutions to fit your own needs and make sure they’re realistic. And if you do happen to fall off track, don’t beat yourself up – just get back on track and keep going.

So forget about New Year’s resolutions – let’s make 2023 the year of setting realistic goals and succeeding at them!

How to start a podcast

Ways to avoid ‘SAPA’ as a Nigerian student