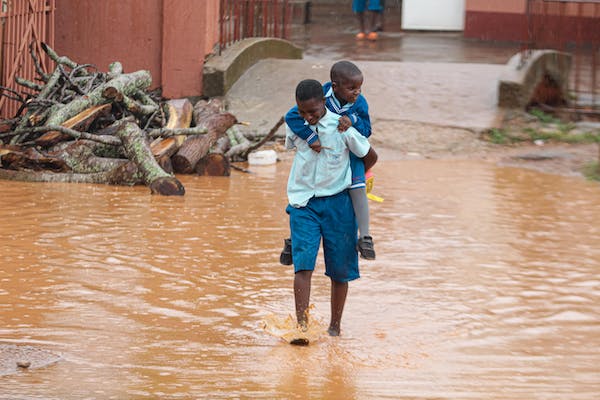 Flooding is a natural disaster that can happen anywhere in the world. It’s not uncommon for floods to occur when it rains, but some of the worst ones have been caused by heavy rains that cause rivers to overflow and flood low-lying areas.

In recent times, more floods are happening globally than ever before due to negative climate conditions and global warming. Floods can be deadly if they’re not handled properly, so here are some of the aftermath effects of flooding.

Power outages are very common after a flood. If you live in an area that was hit by a storm or flood, it’s important to prepare for this event and know how to survive without electricity. It is important to know because power outages can last from hours to days. It most likely depends on the severity of the damage and how long it takes for crews to repair power lines. It’s best to have emergency supplies on hand so that when the lights go out at night, there is no need for panic or worry about running out of food and water.

Preparing now will help ensure that your family is safe during any future crisis situations like this one!

Sewage is any wastewater that is generated by humans. It can be anything from urine to faeces, but most often it’s the waste products of human activities such as eating and drinking. Sewage flows through our sewer system (also called public sewers) into rivers or lakes where it mixes with rainwater and other pollutants before travelling out into the ocean or sea (or lakes). The result is a polluted river or lake where fish may be harmed by chemicals in the water. These chemicals can come from pesticides, herbicides, industrial waste and even medications that people use. The problem with sewage is that it can contain harmful bacteria and viruses. These organisms can cause severe disease in humans, animals and even plants.

A flood means all of these are likely to return back to the cities with the waves of water. This can lead to serious contamination.

When a sewage backup occurs, it can contaminate food and water. This can also cause a variety of health problems, such as diarrhoea and stomach cramps.

Sewage contamination of household water supplies is the most common way to become ill after flooding occurs in your home or business. If you have a good system that pumps directly into your home’s kitchen sink, this could be an especially serious problem for you because of all the potential pathogens floating around in flood waters—and even when they aren’t present there are still many other contaminants that could cause illness if ingested improperly by someone not used to handling them (like cooking).

Flooding can cause food and water contamination. In addition, it is possible that there could be outbreaks of diseases. Food contamination is one of the most common consequences of flooding because it involves transporting contaminated foodstuffs from their point of origin to other places where they may be stored until consumption or disposal (e.g., kitchens). The riskiest foods are those exposed directly to sewage or surface water. Any kind of food materials like raw meat or poultry that were transported in containers. These are high-risk because the water can easily get into them and simply washing them off is sometimes not effective.

As flooding occurs, debris left behind by the floodwaters will wash into the roadways. This can cause vehicles to lose control, and cause accidents. Debris also poses a risk to homes and property if it gets into your home or yard during cleanup efforts.

Flooding is a life-threatening event. It can be devastating and cause countless problems for those who experience it. The aftermath of a flood is also quite bad with the major factor of loss of lives and properties that can never be regained.

As mentioned earlier, power outages are still possible after flooding has ended. Sewage blocks, food and water contamination and even death can still happen even if you live miles away from where the flood happened. If you leave in an area prone to flooding, move. If you can’t, the next best thing is to always be on your toes in the rainy season. Listen to news reports, check your weather conditions, take as many precautions as possible and keep yourself and yours safe.